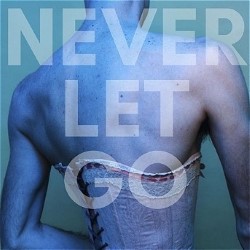 The most expensive motion picture ever made to that point in 1997, James Cameron’s epic love story set amongst the human tragedy that befell not only the Titanic itself but its passengers and a generation of humanity. There unshakeable belief that god himself could not sink the ship of dreams was proven for all its foolishness as the great liner slipped below the icy waves of the north Atlantic on April 14th 1912.

Now 110 years on and 25 years since the release of the movie the utterly sublime Michael Kinnan brings there one man show to the heart of the Fringe at Assembly George Square and delivers a sparkling jewel of a performance that never loses focus of the momentous cost of the reality on which the show is based.

Kinnan has distilled the epic three hour plus romantic saga into a one hour triumphant tour de force of perfectly executed comedy, pathos and homage to a film he clearly loves and strikes a deep chord.

His ability to inhibit all the characters from the movie and perform them faultlessly is testament to his talent. It’s the perfect blend of drag, observational comedy and truth that make this a true hit of the festival. The fact Kinnan developed the show as a political response to Trumps America is not lost on the audience either; Cameron’s movie and the Titanic legacy clearly mean much to Kinnan.

For all the laughter there is a true core of seriousness as we are reminded that of the 1500 human beings who went into the water that night just 6 survived and went on to live their lives. Living life is perhaps the ultimate point of this astonishing one hour in Kinnan’s company ensuring that much like the movie and in direct opposition to trump making each moment count is something we all should do.

This is a sure fire contender to sell out as studio 5 isn’t the biggest in the Assembly’s line up of venues but grabbing a ticket and escaping into Michael Kinnan’s world for an hour is beyond a treat and showcases what five star Fringe is all about. As the audience rose for a resounding standing ovation Kinnan had given everything he could, ensuring long after the final curtain falls on the festival the heart of this show will indeed go on.