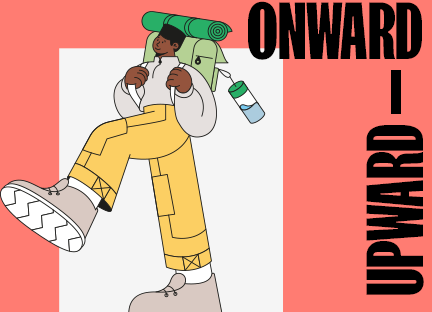 Hosted by Kirstin Innes, author of Scabby Queen, in front of a [masked and socially-distanced] live audience on site in the festival’s new home and a much larger audience in front of the site’s big screen or, like me, in front of my laptop in the comfort of my own home, this was an occasion not to be missed.

Nick Bailey, the festival director, welcomed us all, reminding us that the festival “is not just a showcase for writers but a promoter of discourse…[asking ourselves] how can I make this world better?”  The opportunity is there for us to listen to, and talk about, widely-differing points of view with which we may or may not agree – the important thing is to have the dialogue and learn from each other.

This evening was the opportunity to hear from artists all round the world – in Gaza, Ghana, Brooklyn NYC, London, Egypt, Fife, and live on stage in front of the audience, all giving us their response to the question Do we need culture in a time of crisis?

Unhesitatingly, the answer was yes!  The most moving contribution came from writer and activist Nayrouz Quarmont in Gaza, who produced a short film blending footage of bombed buildings collapsing and ordinary people doing their best to carry on with life with a superimposed written commentary.  It was hard to absorb the written message when the images were so compelling and so horrifying – in conversation afterwards she simply said that corona was not the worst Gaza has had to face.  Palestinian writers, artists and musicians were refusing to be silenced: “we love life whenever we can”.

There was so much else said that night, all reinforcing the view that culture [of whatever kind] is not a luxury – it’s as essential as food, water, and shelter; it helps us through times of crisis and reminds us that we are not alone.  In the chaos and confusion it becomes clear that the previous “normality” is not normal – inequalities become shockingly obvious, and the screaming we are doing inside ourselves needs to be channelled outwards into action, creating something better.

There was so much more: contributions from Tice Cin, Angus Peter Campbell, Zoe Graham, Nana Orofiatta Ayim, Len Pennie, Elif Shafak and Emily St John Mandel.  Technical issues prevented us hearing from Cairo, where poet Amin Haddad and oud band Eskenderella were hoping to join us.  It was a true celebration of all the ways we can find to survive the chaos and celebrate being alive.

The Festival website has a watch on demand button: this event is available till 20.30 on Tuesday 17th – I would urge you to make time to watch it.

Edinburgh International Book Festival – Opening Night, Culture in a Time of Crisis,Edinburgh College of Art, available to watch on demand till 17 Aug go to: https://www.edbookfest.co.uk/the-festival/whats-on/opening-night-culture-in-a-time-of-crisis